Look out USA - Australia has wine to sell you 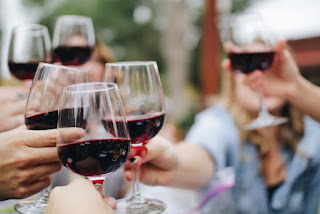 Wine Australia has launched its largest-ever promotion of Australian wine in the United States.

The Far From Ordinary campaign is supported by the Australian Government’s $50 million Export and Regional Wine Support Package.

The $8 million campaign to start later this week is promoted as a key milestone in the fourth and final year of the $50m Package, integrating three years of targeted marketing strategy into a single campaign.

New Yorkers will be treated to three nights of Australian wine celebrations at the Union West in Chelsea this week. The invitation-only Australian Women in Wine Awards will recognise the work of women in the Australian wine community and the Far From Ordinary consumer events aim to highlight the current Australian wine scene.

Wine Australia’s first ever New to Market Showcase in New York on September 18 will connect a select group of USA importers and distributors with 18 Australian wineries looking to gain a presence in the market.

Starting on September 19, over 100 Australian exhibitors will showcase their fine wines to the American wine trade as part of a six-city roadshow visiting New York, Chicago,  Miami, Dallas, Los Angeles and San Francisco. The roadshow will feature trade tastings, educational seminars and importer/distributor networking opportunities, and is expected to attract up to 2,500 attendees across the six cities.

The Far From Ordinary campaign will culminate with 100 American wine influencers – sommeliers, wine writers and other industry members – gathering at Lake Tahoe, California.

“Its estimated retail value of US$38 billion is more than double that of second-placed China.

‘This Far From Ordinary campaign invites USA trade, media and consumers to experience a side of Australian wine that they never knew existed.”

‘While Australian wine exports to the USA grew 2 per cent to $432 million in the year ended June 2019, much work remains to increase our market share in the world’s biggest market.”
Posted by Winsor Dobbin at 15:10