Meet the politician who wants to ban cold beer

A Mexican politician has attracted anger and scorn in equal measure after proposing legislation that would ban the sale of cold beer in stores across Mexico City. 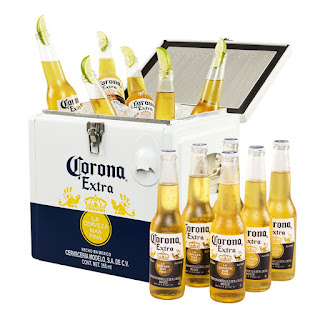 Local politician Maria de Lourdes Paz Reyes this week suggested a ban on cold beers and other beverages with 7% or less alcoholic content in Mexico City's convenience and grocery stores.

The aim of the law is to discourage alcohol consumption in Mexico City, and targets “chelerías”,  which sell litres of beer in seedy settings for low prices, Drinks Business reported.

“In this regard, prevention measures are recommended, including policies aimed at reducing consumption in large quantities or prior to carrying out hazardous activities such as driving,” Paz Reyes said.

That prompted a wave of outrage at the “stupidity” of the idea.

The lawmaker claimed that alcohol is responsible for a significant proportion of disease in Mexico, and is related to 6.5% of premature deaths. She stated the patterns of consumption are changing, leading younger people and women to consume alcohol more frequently.

Many locals reacted ridiculed the idea, especially given the frequently high temperatures in Mexico City.

The hashtag #ConLasCervezasNo (Don’t mess with our beers) began trending on Twitter.