Discover the myriad tastes of Macao: for free

Sydney and Melbourne residents will get the chance to enjoy the flavoursome tastes of Macao during the month of September.

Macanese food is the world's first fusion cuisine, drawing on the flavours of Asia, Portugal and Africa, and 2018 is the Macao Year of Gastronomy. 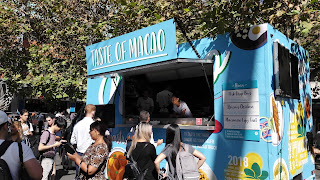 The Macao Government Tourism Office (MGTO) has created a colourful food truck offering a pop-up taste of Macao that will be parked at a number of major locations in Sydney and Melburne dishing out free samples of African chicken, pork chop buns and ever-popular Macanese egg tarts in Sydney.

In Melbourne, diners will be treated to African chicken and pork chop buns and traditional serradura pudding.

For three hours each day from September 3 to September 8, the truck will be parked at key Sydney CBD locations as Circular Quay, Martin Place and Central Station as well as in suburban Parramatta and Chatswood. 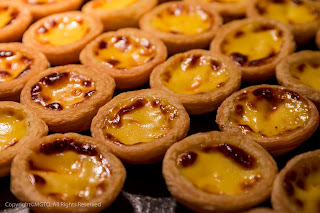 The truck will then venture south to Melbourne to cater for hungry guests in Carlton, at Federation Square, St Kilda and South Bank (September 14-18).

A former Portuguese enclave of 650,000 residents, Macao was recently designated by UNESCO as a
Creative City for Gastronomy and is celebrating everything food throughout 2018.

For details on Macao and its food:  www.visitmacao.com.au