Return of the prodigal son. Star chef returns to Tasmania

Standout chef Massimo Mele has returned to his home state of Tasmania after several years pleasing palates in Sydney. 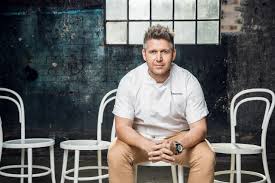 "Given the last 18 months I've been flying back and forth from the island state - and the opportunities that have arisen - it's time," he says.
“My little boy is growing up so fast and I am getting married in the last week of February and there is so much happening in Tassie at the moment.”
Mele has spent the last decade building his reputation in Sydney, with his ‘no fuss’ and simple approach to cooking. That included a stint as head chef at La Scala on Jersey.
He has dived straight into a project in the north of the state, consulting on the new The Silos hotel development in Launceston. That, too, is something of a return as his first head chef job was in Launceston at Mud Bar and Restaurant in 2004.
"It has been a nostalgic trip down memory lane,” he says. Over the last two years Mele has been collaborating with local businesses and wineries, creating events in Tasmania.
The events were to not only to rediscover Tassie’s quality local products but to show that he is serious about being back home.
Tutti a Tavola at Stefano Lubiana was the first event in August 2015, followed by a pop-up at Wiling Brothers, Lunch in the Vines at Home Hill winery, a Cradle Coast Tasting trail dinner in Smithton and featured at Dark Mofo’s Winter Feast grilling cheese over fire and more recently collaborating with Matt Adams from Timbre for the Farmgate Festival dinner celebrating the Tamar region.
Next on the horizon is touring around the Apple Isle to seek the best produce for the launch of The Silos in May.
Cooking experiences are also a possibility in his new home later next year. He says: “I love food, I love cooking and connecting with people through these experiences.”
Mele and his wife-to-be have recently purchased a new property in Hobart, where they plan to create a destination foodie experience.
Stay tuned.
www.massimomele.com