How to explore Jaipur, Rajasthan, for a pittance 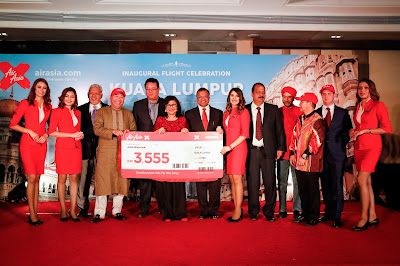 The promotional one-way fares are available through to February 11 at www.airasia.com.

The first Air Asia X flight landed in Jaipur on Monday night and the route was launched at the Radisson Blu hotel in Jaipur on Tuesday.

Since 2010 Air Asia group has carried over 16 million passengers in and out of India. There are direct  connections with Australian capital cities.