Hotel room bargains on offer to the quick and the canny

You don't get much nowadays when you pay $99 for a hotel room. Even at double that price there can be plenty of disappointments.
Mantra Group, one of Australia's leading accommodation providers, has just launched a sale, however, with quality rooms starting from $99 for bookings made between now and February 21.
The sale covers more than 130 Mantra, Peppers, BreakFree and Art Series Hotels across Australia, New Zealand, Bali and Hawaii.
Here is a sneak peek at some of the deals on offer during the sale, featuring a selection of beach getaways, city breaks and country escapes.
To book visit www.mantrahotels.com or call 1300 987 603. 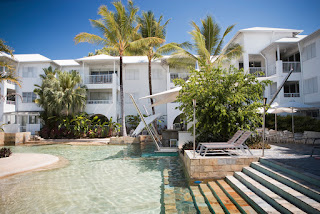 Port Douglas: The Mantra PortSea (above) offers accommodation, a swim-up pool bar and a range of leisure facilities. Stay from $99 per night including 2-for-1 continental breakfast (minimum two-night stay). Valid for travel until June 22, 2018.
Gold Coast: Mantra Legends Hotel in the heart of Surfers Paradise starts from $109 per night (Sunday to Thursday with a minimum two-night stay). Valid for travel until September 27, 2018, including food and beverage discounts.
NEW SOUTH WALES 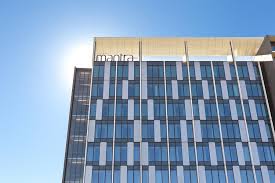 Sydney: The new Mantra Hotel at Sydney Airport (above) offers travellers contemporary and stylish accommodation within a short stroll of their Sydney Airport domestic departure gate. Studio king rooms for $149 per night (Friday to Sunday) including 1GB of Wi-Fi daily and a noon late check-out. Valid for travel from April 1 until  September 27, 2018.
AUSTRALIAN CAPITAL TERRITORY
Canberra: Mantra MacArthur Hotel was the only hotel to have opened in Canberra in 2017 and is a modern, contemporary hotel centrally located in the heart of the city. Stay in a studio room from $119 per night (Thursday to Monday). Valid for travel until September 14, 2018.
VICTORIA
Melbourne: Enjoy a city escape at Mantra on Jolimont located in the heart of Melbourne's sport and entertainment precinct. Stay in a one-bedroom apartment from $109 per night (Sunday to Thursday). Valid for travel until September 30, 2018.
TASMANIA
Tamar Valley: Enjoy the seaside views and the Tamar Valley at Peppers York Cove. Deluxe hotel rooms start from $149 per night including a welcome bottle of house wine and a midday checkout. Valid for travel from until September 30, 2018.
SOUTH AUSTRALIA
Adelaide: Centrally-located BreakFree Adelaide has studio rooms from $99 per night including wifi and a noon check-out between March 23 and May 31, 2018.
NEW ZEALAND
Christchurch: BreakFree on Cashel, in the city centre, offers an urban double room for NZ$99 per night, including wifi, between May 1 and August 31, 2018.
HAWAII
Honolulu: Ala Moana Hotel offers mountain view room for US$149 per night (minimum two-night stay) until September 30, 2018.