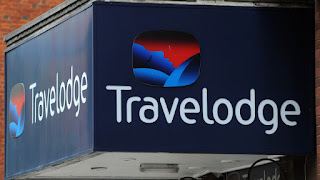 Hard on the heels on the bruise cruise PR disaster comes news of another hospitality industry faux pas.

News aggregator Travel Mole reports that Travelodge in the UK has apologised to a father who was mistakenly accused of being a paedophile after he checked into a room with his teenage daughter.
Karl Pollard, 46, was travelling with his 14-year-old daughter Stephanie, to visit his mother in hospital, when they checked into the Travelodge in Macclesfield, Cheshire.They took the four-hour journey from South Wales to Cheshire so his daughter could see her grandmother before she started treatment for cancer.He told the Daily Star the receptionist gave him a "weird look" when he said he'd take the double bedroom, which he was told was the only room left.Shortly after he went to the room to unpack, police knocked on his door saying staff had dialled 999 believing he was a paedophile.
"One minute I was brushing my teeth, the next I was being told I was a paedophile," he said, explaining he chose the hotel because it was within walking distance of the hospital.

He alleged the policewoman said: "We've had a call from Travelodge, they believe you are a paedophile grooming underage girls."He added his daughter was 'distraught' after being interviewed by police and was terrified her dad was going to be taken away.A Cheshire Police spokesman said: "Staff at the Travelodge did the right thing by reporting what they believed to be suspicious activity to officers, although thankfully there was nothing untoward and it turned out to be a misunderstanding."A Travelodge spokesman said: "We are sorry for any distress caused to Mr Pollard. We take our responsibilities towards protecting children and vulnerable young people extremely seriously."

What was not explained was why the Travelodge did not ask for ID from the young girl when she checked in (which would have saved all the kerfuffle), or why the policewoman behaved like a complete plod rather than using some tact.

The hotel did, however, apologise and refund their "guest" for his stay.
Posted by Winsor Dobbin at 16:41