The Winemakers’ Federation of Australia (WFA) has welcomed Trade, Tourism and Investment Minister Steven Ciobo’s announcement that Australia has launched a dispute settlement action against Canada at the World Trade Organisation (WTO).

And 24 hours later New Zealand confirmed it will join Australia's complaint against Canada over allegedly “arbitrary and disadvantageous” treatment of wine imports. 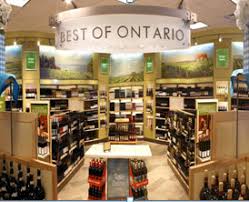 “Canada is Australia's fourth-most-valuable export market at around $190 million and remains a very important destination for Australian wine,” Battaglene said.

“Australia is the fifth-ranked country of origin, with a 10% total volume share of the Canadian market behind wines from the United States, Canada, Italy, and France.

“Wine sales in Canada are controlled by provincial liquor boards. In recent years, the liquor boards have introduced a number of measures that discriminate in favour of locally produced wine. We respect the Canadian wine industry, but we are seeking a level playing field to ensure we can maximise our opportunities in this key market.

“The WTO provides a rules-based system that is vital to ensure countries around the world ensure their regulations are fair and non-discriminatory. We are delighted the Australian Government has decided to take action over these issues and the winners will be Australian producers and Canadian consumers.”

On January 18, 2017, the United States launched its own WTO trade dispute settlement action against Canada regarding ‘Measures Governing the Sale of Wine in Grocery Stores’ which Australia joined as a third-party observer.

The new Australian-led WTO action addresses these same concerns as well as others across the Canadian provinces.
Posted by Winsor Dobbin at 00:57