Solo travellers cop the rough end of the pineapple 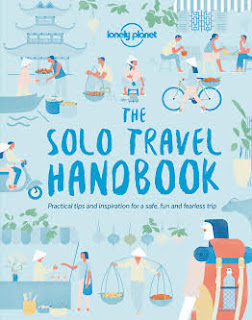 Lonely Planet has urged the travel industry to do more to help solo travellers.

The call follows new research that revealed a growing number of solo travellers face higher costs than those travelling with family or friends, including an average of nearly 20% on travel insurance and over 50% on accommodation.


Lonely Planet surveyed members of their dedicated global community of travellers, with more than one in three Australian respondents claiming to have felt disadvantaged when choosing to travel alone. These include single supplements on cruises and at hotels.

Nonetheless, 85% of those surveyed plan to take a solo trip in the future.

Examples given in the survey by solo travellers of poor service from the hospitality industry included lack of choice in organised excursions and poor service in restaurants and bars.

One in two Australian travellers said that they have had to pay a single person supplement when travelling alone, and 90% of those surveyed said they would look more positively on a company that did not charge this.

Restaurants were also particularly criticised by respondents to the survey, with typical comments involving poor service from staff, being seated in the worst spots and even being refused bookings.

But the travel industry treats solo travellers with disdain at its peril with solo travel on the rise.

Lonely Planet has compiled the top tips and advice from their experts in The Solo Travel Handbook, published this month, from the practical (meeting people and staying safe) to the inspirational (health, fitness and sustainable travelling).

The travel company is also calling on the industry to look more positively on those travelling solo, rather than just as single occupants of rooms and dinner tables.

Lonely Planet spokesperson Chris Zeiher says: “Travelling solo can be one of the most rewarding ways of experiencing any destination, and most travellers will find themselves alone on the road at some point in their travelling lives. Sadly, a significant number of travellers cite a lack of choice or increased cost as a barrier to this type of travel.

"The profile of the solo traveller has changed substantially over the last few years and is now spread across age groups, diverse backgrounds and, interestingly, evenly balanced across gender. Over the coming years, we expect the desire to travel alone to continue its growth, setting the challenge for tourism providers to better serve this popular and lucrative travel trend.”

To find out more about The Solo Travel Handbook, and top tips for travelling solo, visit www.lonelyplanet.com/explore-every-day.