The largest hotel in Hobart all set to open its doors

It's boom time in Tasmania.

Just a couple of weeks after the opening of new five-star waterfront hotel MACq01 by the Federal Group, Hobart is set to welcome its biggest hotel following the signing of an agreement between AccorHotels and Singapore developer, Fragrance Group.

The $50 million new-build ibis Styles Hobart, located in a prime downtown position on Macquarie Street, is due to open in July.

With a strong focus on design, Ibis Styles Hobart will boast a rooftop indoor heated lap pool, two saunas, a gymnasium and free wifi throughout. A number of upper-level rooms will have stunning views over the River Derwent. 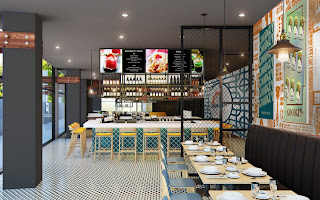 There will be a ground-floor bar and restaurant, named Mr Good Guy, which will serve up Asian street food and quirky drinks. A meeting room is also available in the hotel and there is on-site car parking.

Plans are in place for the hotel to offer the Le Club AccorHotels and Accor Plus loyalty programs, as well as become accredited to AccorHotels’ optimum service standards program for Chinese guests ‘Hao Ke Ya Gao’ to maximise the potential of the Chinese inbound market. 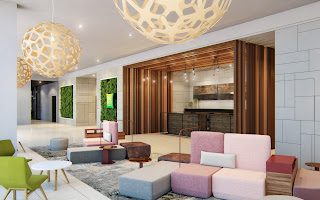 The move comes as an about-face after Accor closed its Mercure and Grand Mercure properties in Hobart.

“We are thrilled to establish our presence in Hobart with a cutting-edge and vibrant hotel in ibis Styles Hobart, said Accor COO Simon McGrath.

"The hotel will add a new dimension to the local hotel sector offering world-class quality accommodation with animated food and beverage design while remaining an affordable option for travellers."

Fragrance Group CEO James Koh, ignoring the furore that his group's two future high-rise hotels have caused in Hobart, said: "We at Fragrance are excited to deliver the first of three hotels planned for Hobart. Ibis Styles Hobart will be a fresh addition to the already vibrant city and we look forward to providing bigger and better quality hotels for the ever-increasing number of visitors to Tasmania.”
Posted by Winsor Dobbin at 20:38