If you are flying with a United States airline then you need to be prepared to expect the unexpected.

In April, there was the case of a United Airlines passenger who was dragged from his seat and off a plane by Chicago aviation police after declining an order to leave a flight the airline had overbooked.

The "guest" suffered a concussion, a broken nose and lost two teeth in the incident.

A couple of weeks later, witnesses told of an American Airlines flight attendant violently taking a stroller from a woman with her baby, hitting her and just missing the baby. The crew member then allegedly tried to fight a passenger who stood up for her. The employee was later suspended. 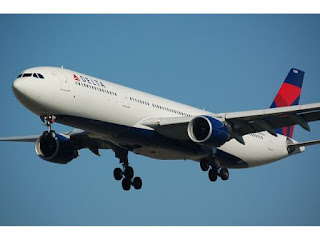 The most recent incident, this time involving Delta Airlines, is arguably the most shocking.

An Alabama man got to get to his window seat by climbing over another man who had his "emotional support dog" on his lap.

The man was twice attacked by the dog, which was not muzzled, and needed 22 stitches for facial wounds. He might need plastic surgery.

The victim, Marlin Jackson, suffered a large open wound under his nostril and another open wound running along his right cheek.
Initial police reports said that Jackson was bitten by a dog owned by, Ronald Kevin Mundy Jr, reportedly a former US Marine.
All three were on a Delta Airlines flight leaving Hartsfield-Jackson International Airport in Atlanta headed to San Diego a week ago.
Officials from Delta Airlines said the flight was delayed as Jackson was transported to a local hospital and Mundy and his dog were escorted off the plane. But no charges were laid against Mundy.

Some questions for Delta Airlines and the police.

Why would you allow any type of dog to travel in the cabin without wearing a muzzle?

Why would you place any dog, alleged support animal or not, in the middle seat of a row?

Does an airline not have a duty of care to its passengers?

Why would the owner of a vicious pitbull-type dog not be charged after it attacked an innocent person?

Mundy told authorities that the dog, which he said was a chocolate lab/pointer mix, was issued to him for support. Strangely, his Facebook page shows him playing golf and engaged in other social activities without a support dog.

Also, he is employed as a maintenance supervisor at a nearby airport. Can the public be sure he was not given preferential treatment?

Can airline passengers demand to be moved if they are uncomfortable sitting next to a "support animal"?

Some key points worth considering here. Jackson is a black man. Mundy is a white man and formerly with the US military. This incident occurred at Atlanta, in the heart of the deep south, a city with a long history of racism.

It certainly makes you think - and to be very wary of where you might sit when flying in the US.