Flying from Brisbane to Perth for $115 each way

I have never flown with Tiger Air Australia and am unable to recommend or criticise them; but if you are looking for a cheap way to get from Brisbane to Perth, or vice versa, they have launched one. 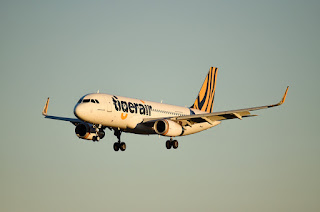 Tigerair has just started the only low-cost flights between Brisbane and Perth - one of Australia's longest domestic air travel routes.The airline will operate a year-round base schedule of four weekly return services between Brisbane and Perth, increasing up to six times weekly during peak periods such as school holidays.The inaugural service between the two destinations departs Brisbane Airport at 7pm and will arrive into Perth Airport at 10.45pm.
Tigerair Australia CEO Rob Sharp said the airline is confident the new services will prove popular with budget and leisure travellers, providing a welcome economic and tourism boost to Queensland and Western Australia.“The new services between Brisbane and Perth will deliver over 80,000 additional seats through both airports annually," Sharp said.
“At a total of 3606km in flying distance, Brisbane to Perth is one of the longest domestic air travel routes in Australia. Considering the distance of this journey, Tigerair is providing an extremely affordable option for travellers to travel from one side of the country to the other, with special launch day fares on sale today starting from just $115 each way.
“We thank Brisbane and Perth Airport and our tourism partners for supporting this new service. We look forward to continuing to work alongside them to ensure the sustained success of this route.”
Julieanne Alroe, Brisbane Airport Corporation CEO said Tigerair's network expansion is a keystone for BAC's continued growth as the most connected airport in Australia.
“With more and more international travellers choosing Brisbane as their preferred gateway into Australia, connectivity provided by domestic airlines such as Tigerair is an attractive advantage of arriving into BNE.
“It is also important for Brisbane Airport's growth that we have the right balance of full- service network carriers and low-cost operators, providing travellers with an abundance of choice - be it value for money or more premium options.
“Low-cost carriers, such as Tigerair are critical catalysts for travel and tourism growth across the nation and every new service Tigerair commits is a win for both travellers and businesses alike."
Special fares between Brisbane and Perth are on sale from $115 at www.tigerair.com.au until sold out and will then rise to $189 each way.