There are dozens of low-cost airlines in Asia alone, some operating just a couple of aircraft, others flying large fleets.

I've flown several times with AirAsia and it came as no surprise to find it had won the World’s Best Low-Cost Airline for the ninth year in a row. 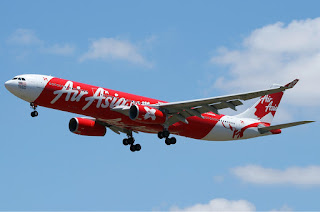 Air Asia X also won awards for Low-Cost Airline Premium Cabin and World’s Best Low-Cost Airline Premium Seat awards for the fifth straight year.
The long-haul sister airline of AirAsia won the accolades at the 2017 Skytrax World Airline Awards at the Musée de l’Air et de l’Espace at Le Bourget Airport yesterday.Dubbed the “Oscars of the Aviation Industry”, the Skytrax Awards are the global benchmark of airline excellence with over 19.9 million customer surveys completed worldwide by more than 105 nationalities, measuring standards across 49 key performance indicators of an airline’s frontline products and services.AirAsia and AirAsia X have won a combined 25 Skytrax World Airline Awards since the awards were introduced in 2001. 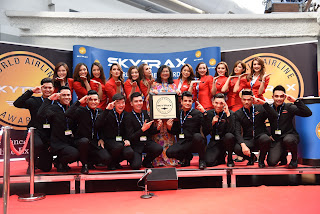 AirAsia Group CEO Tony Fernandes said: “Today, Asean has created a world record. We are now nine times world champion. To put it into perspective, Brazil won the FIFA World Cup five times, Michael Jordan was NBA champion six times and Michael Phelps holds the record for most first place finishes at a single Olympics with eight gold medals.“We take the world champion title seriously and we will strive to continue to improve for both our guests and shareholders. Over the last 15 years we have created a great brand and over the next 15, we want to move towards One AirAsia, a truly Asean community airline. We also want to recreate ourselves as a digital airline and use technology to drive more value. “We are humbled by the support shown by our valued guests and we thank them for voting for us nine times in a row."