Macao, where I visited a while back, has seen its reputation for quality cuisine jump a few more notches with news that 19 Macao restaurants earned star ratings in the recently released 2017 edition of the Michelin Guide Hong Kong Macau.

Feng Wei Ju specialises in Chuan-Xiang cuisine, a spice-heavy cuisine from the regions of Sichuan and Hunan and one of the eight major cuisines of China. 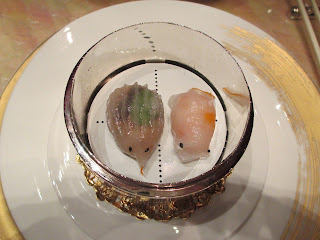 Mizumi is guided by three Japanese chefs and flies in fresh produce from Japan daily.

Food for thought is that the one-star rating list grew to 12 with three Cantonese restaurants - Lai Heen, Ying and Pearl Dragon – earning a star for the first time. 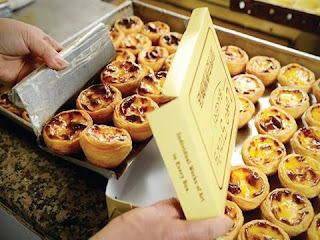 Among those listed was Lord Stow’s Bakery, renowned for its creation of Portuguese-style egg tarts (above). Fong Kei Pastelaria, which has sold pastries for more than 120 years, and Mok Yee Kei, where durian ice cream is said to have originated, also made the grade.

“With the opening of new international hotels such as The Wynn Palace, Studio City and The Parisian we can see a few more restaurants aiming for star ratings,” said Helen Wong, general manager of the Macao Government Tourism Office (Australia and New Zealand).

“Early next year, we will also see the highly-anticipated Louis XIII open, along with the MGM Cotai, thus offering more restaurant options worth considering.”