Ten top places to dine in style in Bordeaux

Bordeaux may be the world capital of wine, but it also boasts some excellent restaurants. Here are 10 that are well worth visiting.


A favourite of those in the wine trade, convivial La Tupina serves rustic and hearty regional cuisine. Think south-west dishes like a salad of duck hearts followed by escalope of veal with creamed spinach and a fresh pear tart, or maybe an entire veal kidney with mustard or roasted confit goose (below). Good wines; friendly service. 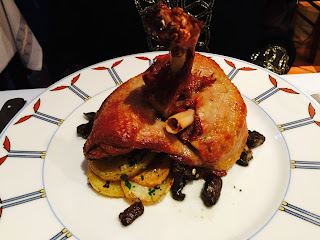 L'Embarcadère, which means pier, specialises in mouth-wateringly fresh fish. There is atmosphere plus at this bustling spot in the heart of the old city, which mirrors the ambiance of classic 1950s Paris bistros. Think oysters or langoustines. The sole meuniere (below) is very good and the wines affordable. 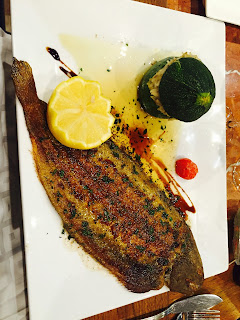 Uber chef Joel Robuchon was replaced in June by another French culinary legend in Pierre Gagnaire. This is arguably the best fine dining destination in Bordeaux, part of Relais & Chateaux. La Grande Maison picked up two Michelin stars in the 2016 guide and offers a traditionally serious experience.

Serving traditional French food over three levels in a heritage-listed 18th-century building overlooking the Place de la Bourse, this has been popular since opening in 2009. There's an elegant gourmet restaurant offering a modern take on traditional region flavours, a casual bistro and a bar specialising in Champagnes.

An ultra-luxe grand dining room with a seafood theme and a menu created by chef Gordon Ramsay. Expect a serious, expensive, gourmet experience accompanied by fine wine. Ramsay and chef Gilad Peled earned a Michelin star in their first year. A maximum of 60 covers per night.

There is often a line outside this restaurant (below) , which has just one main course. Part of a small chain, it offers a salad with nuts, a thinly cut steak with sauce and an unlimited amount of chips. There's a wide choice of desserts but it is the reliability of the steaks that's the drawcard. 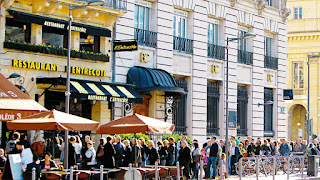 Former rugby player Philippe Etchebest built his reputation at Chateau Grand Barrail and won two Michelin stars at L'Hostellerie de Plaisance in Saint-Emilion. He's a TV star whose very chic new brasserie next to the Opera House has pulled in huge crowds since it opened in September, 2015.

In a setting that screams rustic chic, Jerome and Harmony Billot craft some of the most inventive cuisine in Bordeaux. The couple spent many years working in Hong Kong and that is reflected in a menu “inspired by Hong Kong and Asia in general”. Think trout with yuzu or veal served “Hainan-style”.

This central restaurant specialises in south-west gastronomy with a focus on the fresh oysters sourced from Arcachon Bay served with crepinettes, small local sausages. Ramet highlights cep and chanterelle mushrooms during the season and other regional dishes like rich pâtés and terrines. 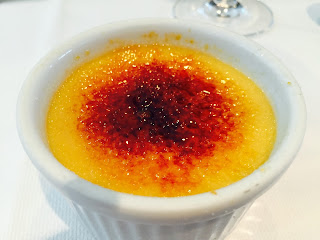 # The writer was a guest of Scenic, which offers 11-day Breathtaking Bordeaux river cruises on the Scenic Diamond starting from $7,295 including return flights to France and airport transfers. See www.scenic.com.au/tour/bordeaux-river-cruise/1909 or call 138 128. 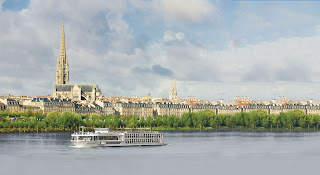 For a full lowdown of what to do in and around Bordeaux please see my guide on the Travel Associates website: www.travel-associates.com.au/destinations/bordeaux and click on the boxes in the left-hand panel.

Etihad Airways and partner airline Virgin Australia offer daily one-stop flights from Brisbane, Melbourne, Perth and Sydney to 20 destinations in Europe, via Abu Dhabi, including flights to Bordeaux via Paris. For bookings visit www.etihad.com or call 1300 532 215.
Posted by Winsor Dobbin at 19:32