Barossa vineyard gets a global makeover

Take one multi-millionaire businessman from Argentina. Add one globally-renowned wine consultant from Italy and a 40-hectare property in the Barossa Valley and you have the key ingredients for one of Australia's most exciting vineyard projects. 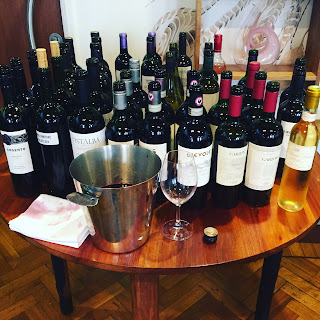 Antonini, who was last year named by Decanter magazine as one of the world’s top five wine consultants, this week hosted a meet-and-greet at Orana restaurant in Adelaide, showcasing wines from Bulgheroni's impressive portfolio in Argentina, Uruguay, France, Italy and the United States.

The Bulgheroni brands include Bodega Argento, well known for its malbecs, and Chianti Classico producer Dievole.

Antonini was not given an easy ride by the media contingent who queried the choice of the Barossa in the age of global warming, but he proved both well informed about the Australian wine scene, and full of enthusiasm for his new project.

The former Antinori chief winemaker has a focus on pure, terroir-driven wines. 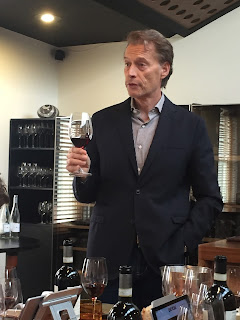 Greenock Farm currently has 12 hectares of vines planted to shiraz, grenache, mataro and semillon – and there are plans in train to plant a further 18 hectares with the same varieties, while restoration work has already begun on the 150-year-old stone barns and farm buildings on the site.

Fruit grown on the site was once sold to Peter Lehmann Wines - and the vines will be farmed biodynamically.

General manager Amelia Nolan says the project will include a 180-tonne winery, a cellar door and possibly some high-end accommodation. The first vintage, under a label name that is still going through the international trademarking process, is expected in 2018.

“The Barossa has great terroir and has built a great reputation, but what I taste now is not what we think the Barossa is capable of delivering,” Antonini said. “We will focus on the origin of the grapes, the unique place, not the variety. Varieties are generic, but places like the Barossa are unique.”

Antonini proved to have some very interesting opinions, including a preference for screw caps over cork: "it is the best option, by far, but a lot of markets still will not accept it", and the need for New World producers to promote regions rather than grape varieties.

He says the Greenock Farm vineyard has the potential to produce "spectacular" wines but will wait and see what the vineyard produces in 2017 before deciding on whether to make varietal wines or a blend.

"We looked at a lot of different vineyards and like this place a lot," he said. "This is a new venture with old bones."