Watch out. Robots are coming to a hotel near you

So you like the personal touch when checking in to your hotel?

Tough luck. You may soon be being processed by a 60cm tall robot that speaks 19 languages.

Robots are the way of the future in the hospitality industry, like it or not.

Meet Chihira Kanae, a robot developed by Toshiba and designed to look like a 32-year-old Japanese hostess. This communication android was showcased at the Consumer Electronics Show in April 2015 and now works in the Mitsukoshi Department Store in Tokyo, welcoming people and inviting them to ask FAQs. 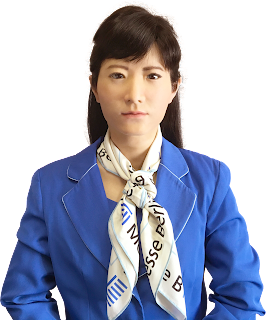 Or meet Mario from the Marriott Ghent Hotel in Belgium. He welcomes guests, provides information about hotel services/local tourist attractions and call taxis, if required. He is, of course, multilingual.

He also entertains children while parents are enjoying a coffee. Unfortunately, he is an ugly looking thing - and the bad news is that he also dances. 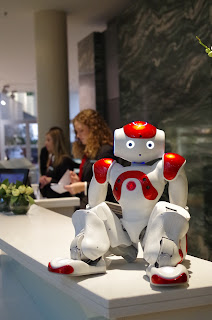 Australian travellers are divided on how much a robot could add to their travel experience, a study by travel deals company Travelzoo has revealed.

The results revealed that two-thirds of Australians are open to the idea of a robot working in roles such as a receptionist in a hotel, but almost half admitted they find robots quite frightening.

The Travelzoo Future of Travel project included a poll of over 6,000 people in Asia, Europe, North America, South America and Australia to understand if consumers are ready for robots and artificial intelligence to play a major role in travel and hospitality.

Industry reports suggest the total spend on robots will exceed $US 40 billion by 2020, with Asian countries like Japan, South Korea and China leading the market in both spend and development.

As a global average, the Travelzoo research reveals nearly 80% of consumers expect robots to play a big part in their lives before 2020, with three-quarters believing they will make their lives significantly better.

In Australia opinions were mixed. Notably, 93% of respondents had concerns that robots could be weak in softer skills such as showing emotions and the same number are worried about robots taking away jobs from humans.

Australians are also concerned that robots will be unable to understand informal language such as slang, irony and the Australian sense of humour.

Those in the Australian pro-robot camp highlight the unlimited energy levels of robots and eight in 10 respondents believe robots can handle data faster than their human counterparts. The majority of perceived benefits are around data handling, memory and skills like communicating multiple languages.

Australians also prefer their robots to look like machines rather than humans.

Cemlyn Jones, the general manager at Travelzoo Australia, said: “Right now is a very exciting moment in the history of the travel industry – groundbreaking technology is revolutionising what is possible from the perspective of customer service, entertainment and personalisation.

"Robots and artificial intelligence are making their debut on the tourism stage, and our research into global acceptance of robots working in the travel industry is largely positive.

“It is fascinating to see some cultural stereotypes emerge from the research into global acceptance of robots. The UK and Australian participants worry the most about humour and irony being lost on robots, and the French and Spanish are completely unaccepting about replacing their waiters with robots – even if a human waiter is much less efficient than a robot!”

# The survey for Travelzoo’s Future of Travel project was conducted in December 2015 via an online questionnaire by third-party research agency Norstat. The questionnaire was completed by 6,211 travellers in Brazil, Canada, China, France, Germany, Japan, Spain, the United Kingdom and the United States. A separate study of 788 Travelzoo members in Australia was conducted online using QuestionPro software in February 2016.
Posted by Winsor Dobbin at 18:25