The most embarrassing place names of all-time 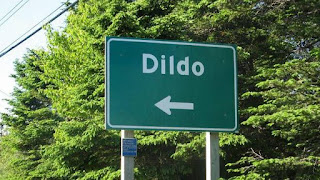 Condom, in France, is one of the better known, and even though a condom is called a preservatif in French, this small town in the south-west once pulled in the visitors with a museum of condoms, now sadly closed. The town's only museum today is devoted, far more tastefully, to Armagnac. 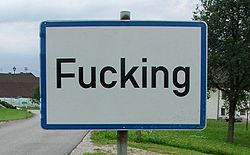 The most offensive place name is probably Fucking in Austria, a town north of Salzburg where the street signs are often stolen, although the hamlet of Anus in Burgundy, France, and Twatt, once home to an airfield in Scotland, come close.

Other candidates with less confronting but equally hilarious names include places like Intercourse, Pennsylvania, Cocks in Cornwall, Hell in Michigan and the downright bizarre Swastika in Ontario, a former railway junction apparently named after a gold mine.
Residents also probably find it hard to cope with living in Pratt's Bottom in England, Ugley, also in England, Hooker in Oklahoma and the disturbing Wetwang in Yorkshire.

All right you lot up the back. Stop sniggering.