Home Hill: a great place to eat, as well as drink

The Jimmy Watson, awarded to the best young red wine of the show, is Australia's highest-profile wine trophy and put Home Hill firmly in the national spotlight. 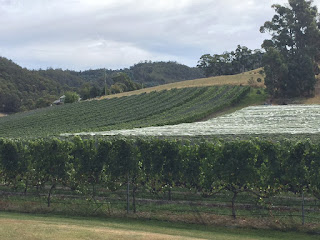 The first vines at Home Hill were planted by successful business couple Terry and Rosemary Bennett in 1992 and the couple's pinots, particularly, have been hugely successful on the show circuit.

The work of winemaking/viticultural couple Paul and Gilli Lipscombe, along with vine age, has added a new dimension to the wines, which are outstanding; the 2014 Estate Pinot is, in my books, as good as the Kelly's Reserve (now sold out). 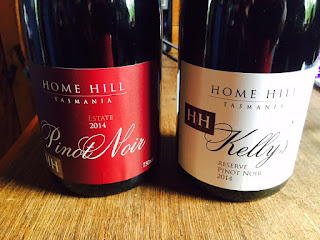 What is less well known is that Home Hill has for a decade and a half been one of the best places to eat in southern Tasmania.

My wife and I ate lunch there last weekend (not a great choice as it was the extremely busy Open Vineyards Weekend) and we both left impressed by the food, and the service, which was impeccable (not always a given in this part of the world). 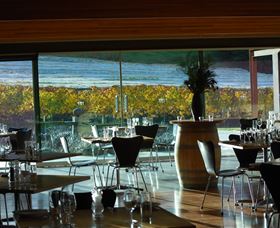 The room is bright and open with almost every table (and a terrace) offering vineyard views.

Chef Chris Task highlights local produce; and his plating skills are excellent. Every dish was a work of art. On the menu, think ingredients like locally-sourced salmon, rainbow trout from Huon Aqua, Bruny Island oysters, Mountain River yoghurt and Willie Smith's cider, along with herbs from the potager. 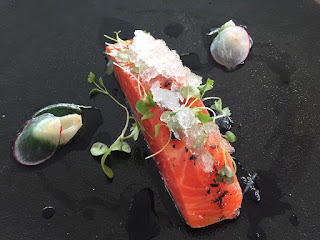 My starter of scallops, black pudding, mustard and pork crisps ($21) was a terrific take on surf'n'turf and the house-made sourdough came with some local salted butter.

My wife opted for slow-cooked trout, liquorice, sea leaves and lychee, followed by quail with cherries, praline and jamon. Both were entrée sizes at $19 each. 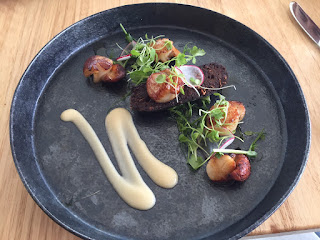 My main was trout with leek cream, shallot and lemon cress ($32), delicious if maybe just a little too full-on with the salad, served with a side dish of excellent fries and garlic aoli.

I stuck with the Home Hill Kelly's Reserve 2014 chardonnay as I was in a white mood (almost certainly the first time I had visited Home Hill without sampling a pinot). 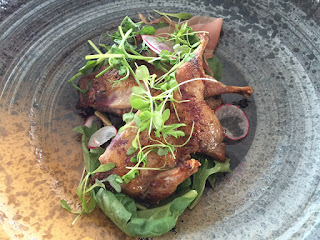 Dessert was a decadent chocolate marquis, burnt orange peel and raspberry short crust, a bargain at $12.90. 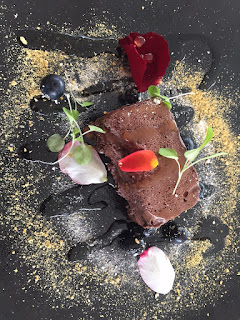 My only complaint was some spelling errors on the menu (sylvanner, sweet's etc). But   overall, this has to be rated as one of the best vineyard restaurants in Tasmania and is well worth a 30-minute drive from Hobart to Ranelagh.