Adelaide joins the great wine capitals of the world

It is a wonder it hasn't happened before, but Adelaide has just been named as the ninth and newest member of the Great Wine Capitals Global Network.

Adelaide is the undisputed capital of the wine industry in Australia, and home to iconic brands like Penfolds, Hardys, Jacobs Creek and Wolf Blass.

The Great Wine Capitals Global Network is an international association of members whose wine regions are recognised as significant economic and cultural assets.

Established in 1999, there is only one member from each of the world’s major wine producing nations and Adelaide’s appointment was supported unanimously.

Melbourne was once the Australian rep - but its membership somehow lapsed, allowing Adelaide to gain revenge for the Grand Prix it lost.

It is interesting to note there is currently no New Zealand member (Christchurch, mysteriously, used to be part of the line-up), but Marlborough, which produces around 75% all bottled wine in Kiwiland must be next in line.


The network aims is to “heighten the wine experience for everyone who visits its regions and cities, and to support their members themselves to make the most of their extraordinary culture, heritage and geographical virtue”.

South Australian Premier Jay Weatherill made the announcement at the San Francisco Food and Wine Reception, a Showcase of South Australia, in the United States this week. 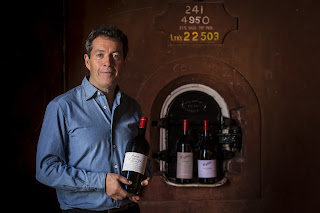 “South Australia excels in producing premium wine and providing exceptional wine tourism. These industries are crucial for our economic growth and creating jobs in our regions,” Weatherill said.

“It’s very exciting and timely to witness Adelaide joining such a well-respected global wine network," he said. "I believe our South Australian wine and food industries and culture will benefit greatly from the opportunities this will create - now and into the future,” Gago said.

There are more than 200 cellar doors within an hour’s drive of the city centre of Adelaide - providing the traffic behaves itself. Which is quite a big "if".