Star chefs named for Savour Tasmania in May

Will Meyrick, whose Sarong restaurant on Bali was recently named No.1 in Indonesia and among the top 50 in Asia, heads the guest list for the 2014 edition of leading Australian food and wine festival Savour Tasmania. 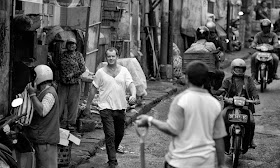 Meyrick (above), a Briton who spent time cooking in Sydney, is known for his innovative takes on traditional Asian street food. He also runs Mama San in Bali, where I dined late last year, and the E & O in Jakarta.

Now in its sixth year, Savour Tasmania combines premium local produce with global culinary expertise to raise the national and international profile of the Tasmanian food and beverage industry.

The celebrations kick off on Wednesday, May 21, with a pork-themed event hosted by Wilson and matched with beverages from the Coal River Valley in the recently refurbished Tasmanian Museum and Art Gallery’s Watergate Courtyard.

On Thursday, May 22, Meyrick will pair with Andre Kropp, executive chef of the Henry Jones Art Hotel, for a five-course Asian dinner with matched wines.

Other standout events include the Savour Long Table Dinner on the Hobart waterfront on Saturday, May 24. The event will be Asian-styled and will include dishes from guest chefs Meyrick, Hong and Chan Yai Ching. 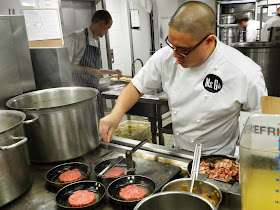 The celebrations also include the Red Wine Weekend, on May 24-25 at which vignerons and winemakers from Tasmania will showcase their best wines and masterclasses will be hosted by the likes of Nick Stock, Roger McShane and Sue Dyson, Gerald Ellis, Tim Goddard, Curly Haslam-Coates and yours truly. Tickets are $25 at the door or are available for $21.50 online at
www.eventfinder.com.au/2014/tasmanian-red-wine-weekend/hobart

Savour Tasmania was launched by Premier Will Hodgman at lunchtime on April 3. Tickets went on sale on April 4. For the full program and prices visit www.savourtasmania.com.au or phone 1300 795 257.
Winsor Dobbin at 00:22
Share