The Southern Highlands: To the manor born

There's a new era at Peppers Manor House in the New South Wales Southern Highlands. New management, a new chef at its Katers restaurant and a new approach.

Which is a good thing because although the property is in a beautiful setting, I'd always felt it wasn't living up to its full potential. It was good, but.... 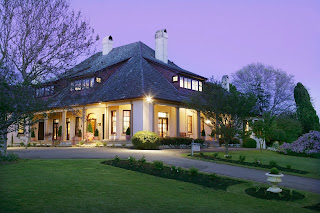 Jesse Kornoff is the new GM with ideas, and says he wants to give guests a memorable retreat experience, along with "a hatted restaurant focused on local sustainable produce."

New executive chef Daniel James has set to work creating a new menu, a high tea with a difference and a Manor House market garden.

"The Southern Highlands is a foodie’s paradise and my team and I are looking forward to working with the local producers and taking Katers to the next level,” he said.

The new menu capitalises on the Southern Highlands wealth of natural produce with its own Manor House garden complemented by an array of mushrooms, truffles, olive oil, wines and ciders sourced within a 35km radius.

Beef, lamb, pork and duck are sourced either from the Highlands or neighbouring Picton and Crookwell regions, and, drawing on his early career days as a pastry chef, James has created a savoury hig tea with a twist, with morsels ranging from a seared scallop and prawn cocktail to a sweet strawberry and Cointreau trifle.

Peppers Manor House was originally part of the estate of Dr Charles Throsby, a well-known pioneer of the area.  It was later inherited by his nephew, Charles Throsby Jnr. and wife Elizabeth Broughton, after whom Mount Broughton and the whole estate was named.

In 1878, Henry Edward Kater bought Mount Broughton, and built the first substantial single storey house on the present site. Sir Norman Kater inherited the property in 1924 and expanded the house in 1926 creating the splendid baronial Great Hall in the centre of the house, and added the two-storey wing and several bedrooms upstairs.
The property fell into neglect under various owners throughout the 1960s and 70s until it was purchased in 1984 by Geoff and Sue O’Reilly. They returned the country estate to its grand status upgrading both accommodation and gardens and adding conferencing venues.
In 1993 the estate became part of the Peppers Group and when I stayed a while back I wrote that it was "the ideal Southern Highlands bolthole for those who love country-house style hotels". 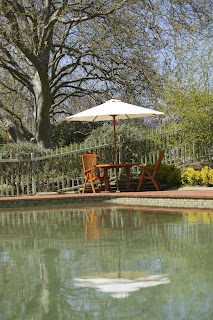 During winter there are open fires, but in summer meals are served in a leafy courtyard, and drinks by the pool. Facilities include a beauty salon, swimming pool and tennis court and there are some lovely nooks and crannies on the ground floor that are perfect for relaxing with a good book or the Sunday papers.

Peppers Manor House has just 41 rooms and suites with views of the beautiful English-style gardens and the Mount Broughton golf course.