Marc and Eva Besen fell in love with the wines of Burgundy when they honeymooned in France in 1950.

In 1983, after years of success in the fashion business, they planted some chardonnay and pinot noir vines in one of the most beautiful parts of the Yarra Valley. And in 1988 they released the first wines from what they named TarraWarra Estate.

The Besens recently marked the 30th birthday of the planting of the first vines on what is regarded as one of the Yarra’s best vineyards and the TarraWarra Estate is now home to a high-tech winery, one of the best cellar door restaurants in the country and the spectacular TarraWarra Museum of Modern Art (the Besens are among the country’s most generous arts benefactors).

I was fortunate enough to have attended the launch of the first wines 25 years ago – and to have attended the recent birthday celebrations at which the Besen family uncorked some of the finest wines from their cellars (think 1964 Chateau Haut Brion and 1966 Chateau d’Yquem), along with some of the best bottles they have produced with the aid of winemakers David Wollan, Michael Kluczko and now Clare Halloran over the past quarter of a century.

At the time the vines were planted, chardonnay was a relative newcomer and pinot noir grown by only a handful of adventurous Yarra Valley vignerons: Mount Mary, Yeringberg and St Huberts among them.

“So many people at that time didn’t even know what pinot noir was,” Besen recalled. “It’s always been a great challenge for us but we set out to achieve the absolute best, aiming for quality right from the start.” 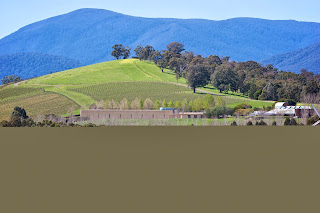 There is no doubt that TarraWarra should be on the itinerary of any visitor to the Yarra, particularly with a fascinating exhibition of the works of Russell Drysdale running the gallery until February 4, 2014.

The first Sunday of each month is also a great time to visit with TarraWarra hosting "Burgundy Sundays". The wine list highlights affordable burgundies, or guests can BYO, to enjoy with a rustic French dish from the menu. 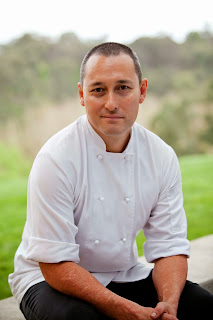 Under Clare Halloran, winemaker since 1997, all of TarraWarra’s wines are grown, hand-picked, vinified and aged on the estate, which has three kilometres of Yarra Valley river frontage. The vineyard itself is comprised of 19 hillside blocks over 28 hectares, with new clones having been added and underperforming vines ripped out as part of an ongoing viticultural program.

The reserve chardonnay and pinot noir are the flagship wines of TarraWarra Estate and they have been joined by single block wines including the K-Block Merlot (the 2010 is outstanding); J-Block Shiraz; and a marsanne/roussanne/viognier blend.

“Basically, our thrust is all about getting it right in the vineyard,” says Halloran. “It’s all about making wines that are true to your site. I’m not going to go out and make something freaky; it is just about tuning and tweaking and if you get good fruit you don’t need to tinker too much in the winery.

“A lot of people raised their eyebrows when we started to work with shiraz and merlot and it’s not about liquorice allsorts, but about the sites in the vineyard and what they are best suited to growing.”

Even though Marc Besen is now 90 years old, he still keeps a keen eye on proceedings and is a regular at the winery. His son Daniel, a lawyer and property developer, shares his father’s love for fine wine and is the heir apparent to one of the Yarra Valley’s great jewels.