Travel insurance may be a potentially boring subject - but only until you realise you need it, but don't have it.

I'm always baffled when I hear about travellers who opt not to insure themselves before heading off into the wilderness of Mozambique or the badlands of Los Angeles. 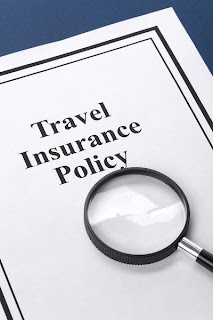 It's all too easy to pick up a stomach bug in Asia, get mugged in Johannesburg or even to fall over pissed as a newt in a luxury Las Vegas resort. Although we don't like to think about illness or injury wrecking our dream holiday, the reality is that medical bills can easily exceed six figures - a crippling blow if you are not insured.

1Cover Travel Insurance recently released a selection of case studies that exposed how travelling without insurance can leave you financially and emotionally devastated - for a potential "saving" of a couple of hundred dollars.

The 1Cover release looked at a woman admitted to hospital in ludicrously expensive United States with a brain aneurysm. Her medical expenses alone came to more than $1 million.

Then there was the woman who suffered a fall on-board a cruise ship and fractured her femur. The air ambulance from Port Vila to Sydney cost $36,100.

The stories go on and on.

Gastronomic  tourists (I hate the term gastro tourism - it sounds like a stomach upset) are an ever growing band  looking for unique, authentic cultural experiences which extend beyond the offerings of traditional food tourism. Which puts them firmly in the firing line.

In response to this emerging travel trend, Travel Insurance Direct, another insurer, has provided a list of tips  for avoiding a "gastronomic disaster".

The key to enjoying new foodie delights is to think with your head not your tummy according to Phil Sylvester, Travel Insurance Direct’s head of content and a self-declared travel safety specialist.

His top four tips for avoiding a gastronomic disaster (and potential financial issues if you are not insured): 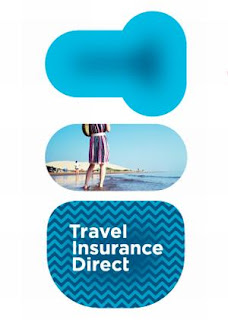 #  Drink bottled water, everywhere: It's almost impossible to avoid gastro-intestinal upsets and it’s a bit of a lottery as to who gets it, but if you're concerned, drink only bottled water. Use it for brushing your teeth, avoid ice in drinks, and use antibacterial hand gel liberally and often.

# Choose street food safety: Fresh is always best.  Don’t eat anything that’s been sitting around for even a short while. Insist on the food being freshly prepared for you.  If the street vendor won’t cook you a fresh dish, go to another vendor who will. Be sure to watch for stalls that look clean and fly-free.

# Know what you are eating: You can eat some odd things when abroad whether it’s reindeer, insects or frogs legs. In South Korea, however, there is one type of local meat you will want to avoid - a piece of "Man's best friend". Selling dog meat for human consumption is illegal in South Korea. However, that doesn't mean it isn't done. [Note: dog meat is also sold in Vietnam and several other Asian countries: buyer beware].

# Exclude extreme foods: Japan is home to some extreme eating.  There’s natto, or fermented soybeans, mozuku, a type of hairy seaweed, and inago, small crickets, to name a few.  But few of these foods will actually do more than make you a bit squeamish at the sight or taste of them. One dish called fugu, however, can render you dead. Fugu is a poisonous puffer fish that can kill if its internal organs aren’t removed properly. Make sure your chef knows what he is doing.

Unfortunately, TID then went on to list its four "up and coming" travel destinations: Turkey (perhaps); Morocco (maybe), Wales (definitely not) and Japan (old hat).

So go to www.tid.com.au for insurance advice, but maybe not for culinary counsel.