Why Australian tourism needs to lift its game

We are constantly hearing about how tough it is in the Australian tourism industry.

About how tourists who opt to vacation overseas should instead holiday at home and boost the local economy.

About how small businesses are struggling and need support.

Well here are two examples - both from this weekend - about how the Australian tourism industry needs to pull up its socks and show both empathy and professionalism if it wants to win back our support.

First story: Two visitors from Melbourne were robbed of one of their suitcases, which was driven from one city to another by the thief. Bad enough.

They then had to spend the final day of their long weekend driving to and from that city at the request of the police - to identify and reclaim what was recovered.

They told their story to the airline and asked if they could be switched to a flight home departing from the second city. Certainly said Jetstar, but it will cost you $400 more each to change your tickets.

So they drove another two and a half hours to catch their original flight. Next time they have four days to spare I'm guessing they might opt for Bali or Phuket. 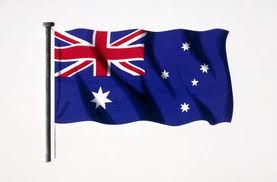 Second story: Two family members thought a river cruise might be a nice way to spend a few hours after spotting a roadside sign saying: "Next departure 2pm." Tickets were $55 each, including afternoon tea, but they decided to splash out.

When they got to the ticket office they were told the cruise wasn't departing that day because of insufficient numbers. They asked about a booking for the following day and were told they would be called if there were enough bookings. They are still waiting to hear back - so they certainly won't be recommending it.

It appears not to have occurred to this operator that if people saw his beautiful boat on the water they might be encouraged to take a cruise.

And these are not isolated examples. last week I stayed at a city hotel where the reception desk closed at 5.30pm. And don't mention the cafes and restaurants that close at potentially their busiest time of the year "because they deserve a holiday too".

Tourism is now a competitive worldwide business but we are flagging instead of waving the flag. We are expensive so we need to be better.

Time for some Australian tourism operators to lift their games? Certainly. Too many of them treat business like a hobby or a part-time endeavour. Other companies are simply not very nice.
Posted by Winsor Dobbin at 23:55